Finch is a popular bird that can we meet easily in home settlement. This bird has medium which is has around 20 centimeters measured from the tip of the beak to the tip of the tail. Their back and their tail colored dark chocolate and their throat, chest, and tummy colored white and gray, and their head is black. And also, their eyes are red and black for their beak and foot. Finch bird is one of million kind birds which recently popular to be pet at home.

After their special skills exposed, many people choose this bird as alternative option to have low-budget birdsong. Besides they can be setting to imitating any sound as we want, finch also easy benign. People usually think about which one that i should bought when i want to try pet a finch bird at home? Mostly are start with male, but female is not bad too. It depends with our necessary. So what’s the difference between male and female finches? Here will tell you.

Finch bird is become popular to be pet animal because they are easy-benign and also has beautiful tweet. Some birdsong lovers think that use finches can came the money moreover if we talk about birdsong competition. They can come high income with low invest. That’s all because finches skill which can imitate some voices. We are also can master it as we want. So if we can imitate it, why we have to spend more money to bought expensive one? This principal is still hold by some birdsong low-budget competitor even some people hates it.

Some people are afraid when they want to bought finch bird for the first time. They are afraid if what they bought is a female. Well female finch is not too interesting for birdsong lovers because their tweet is not louder as male. Birdsong lovers are usually think that they bought female finches is not worth it. Even she still can imitate other voice, but it is still not as well as male. But both male and female that’s all good. It’s depend with what we need. 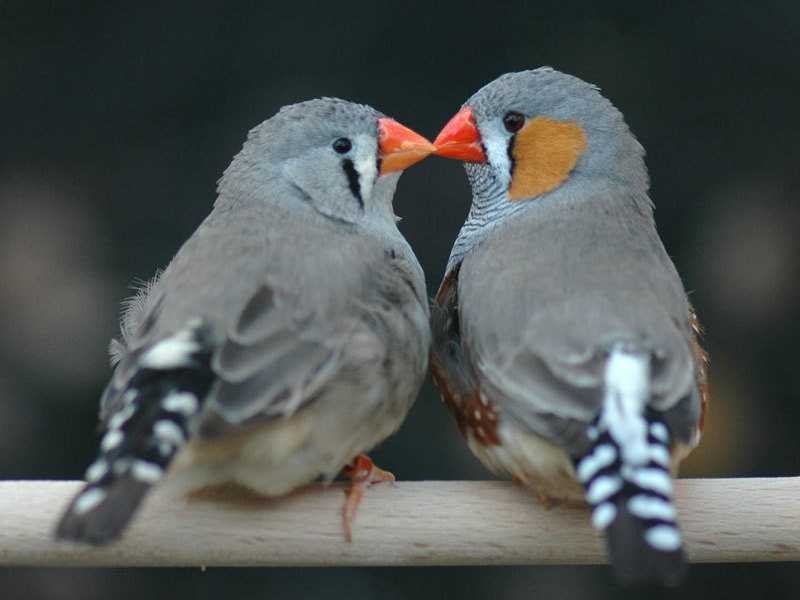 Beside it is because the feathers which really similar, their face, shape, and size is not too far different. So as long you can enjoy the process and want to patient, you will know and moreover find new method to analyze their sex. Finches has many types, yes it is. But when you analyze it from one type, there is almost no difference between it. If you already know the right method to identify their sex, it will be so easy to know their sex. It supposed to be how you enjoy the carefully process. Of course, carefully process which has a result.

These two things are the key to learn this analyzing. As mentioned before that their differences is not too far, you need more focus and look at it carefully to see the sign. All things which similar still have differences, no matter if it is like dot. To make you easier especially you who still beginner in this business, it is better to compare two finches directly.

You have to know the most crucial point in finches while you want to know about the sex. As mentioned before that all things which similar still have differences, no matter if it is like dot, it must be points that signs you. So does finches, they are has their own point of cheating that you should know. That cheating points is body posture, head size, and tweeting sound. Besides, their value in the trade market also difference. Male finch bird is more expensive than female. That all can be parameter to said the sex.

After talk about the facts that we will met if you looking the differences about male and female finches, now let’s get started with male finches. Actually, both male and female finch bird has some physically differences. Besides, usually male bird has louder tweet than female. In the market trade, male finch bird is more expensive than female. If you want more know about it, check this out:

The head of male finch is bigger than female. It may be hard to find this sign. So you need to focus and if you dare take 2 finch birds and observed it directly. If you feel so hard, you can ask your friend or people who may be more careful to analyze it.

There a straightly black spot in his head. As we know that finches mostly has black head. But the male has darker black spot than the female. This dark spot is using as object to pull the interest of female when the time to marriage is coming. So it is impossible that female which firstly make their pair interest, isn’t it?

Well it may be so personal assume but when we think about how naturally male is, this logic is so suit. Male finches look more aggressive. But it doesn’t mean that only male finches which can aggressive. Female finches are also can be aggressive especially if something threats their baby.

The length of male finches is longer than female. It is also hard to find this sign. So once again you better take two finch birds and observed it directly if you want to safe.

The vent of male finches is more stand out.

After talk about male finches with all his special unique signs, let’s move to females finches. Female finches have their own figure. Here is the explanation:

The topknot of female finches looks like short and straightly stands up.

The head of female finches are smaller than male. It may be hard to find this sign. So you need to focus and if you dare take 2 finch birds and observed it directly.

The body of female finches tends to be more rounded than the male. Well that’s because the female must be breeding. So rounded body will used as place the eggs inside their body during pregnancy times.

Their pubic bone is wider, softer, and little bit tenuous.