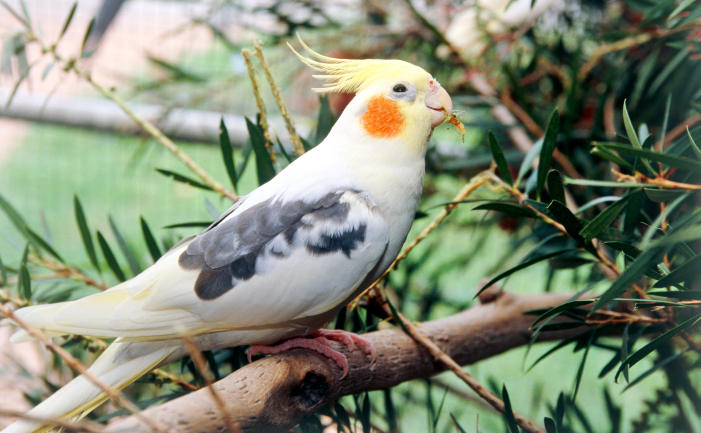 Have you ever considered having a bird as your companion? Cockatiel may come to your mind as one of your choices. Cockatiel is the smaller version of parrot. Not only it has beautiful look, it also has the intelligence and advantages of cockatiel that will keep your amusement level in check.

However, you should not impulsively choose cockatiel and bring it home without knowing much about it. There are some things you should know before keep cockatiels before pet them to ensure you know how to deal and take care of it.

Here are few things about cockatiels that you need to know.

Things You Should Know About Cockatiel

There are few quirks that cockatiel alone possess compared to other birds.

While the older male ones do not talks a lot due to age and stamina, it does easier to train pet cockatiels singing fluently if they are male. For female cockatiels, though also having vocal ability, they need more time to get themselves motivated to produce and mimic voice as they do not really need it in the first place.

2. Get Scared Easily At Night

Another tendency that most cockatiels have is getting scared easily at night. It is mostly due to its fear of darkness rather than the night itself. Moreover, as their sights are blinded during night, they tend to be overly anxious of what is outside their cages. As a result, you will find the flapping their wings or cry at night due to the fright.

In order to avoid the condition and the fright for getting worse, cover the cage with a cloth so your cockatiel will stop getting anxious. Another way is by keeping the cage in a lighted room. As light helps cockatiel’s sight to see things clearly, it will help to calm them more. As fright can also affect health, make sure you learn how to take care your first cockatiel to stay healthy

3. Reactive to Their Surrounding

Cockatiel is very reactive to its surrounding, especially showing reaction with voice. For example, when someone knocks the door, it will let out small “oh” sound or repeat greeting that you have ever taught it too. Since they are observant, they are also sensitive to change of environment.

Cockatiels are not reserved birds; they wear their hearts on their sleeves and react to any stimulation that they receive. Thus, it makes them good company for humans whose houses are too quiet.

4. Easily Tamed to Fly to You

Unlike wild birds, cockatiel is generally friendly and accepting to humans. While for the first time they may act rashly, it is easy to train a cockatiel to fly to you by using simple methods such as coaxing with food, hand gesture and command.

They are generally intelligent birds who can warm up to humans. As long as they see humans treating them well, they are fairly cooperative. However, just like any other animals, training cockatiel will need patience and perseverant to get the best result possible.

Not only cockatiel uses its voice, it often uses body language as well. Body language is to communicate some things that they cannot express with sound. For example, a cockatiel bobs its head to show excitement, or rock back and forth to show anxiety or anger. With these body gestures, cockatiel shows what they are feeling or expect from its master.

As a newly owner, you should learn gestures they make and encourage a reaction. For example, if a cockatiel keeps flapping around, it may sign fear or anxiety, if it leans the head to one side, it may show curiosity. By learning cockatiel’s body language, a bird master can understand their beloved pet even more.

The most unique and noticeable feature of cockatiel is the head crest. It has vibrant and colorful color with a shape similar to Mohawk. From the side, cockatiel is similar to smaller version of parrot, but with softer feature.

This colorful head crest is what makes cockatiel beautiful as a pet. Every cockatiel usually do not have similar head crest, there is always combination of color that makes a cockatiel stands out. This complements the vocal ability of cockatiel and its sociable disposition.

As a distant family of parrot, cockatiel has outstanding vocal ability as well. Even though it does not talk as fluent as a parrot, it does have good ability to mimic voice in perfect tune. For example, if you turn on television near it, it will start to pick up the tune and mimic the sound.

8. Bicker with Each Other

If you intend to adopt more than one cockatiel, you must anticipate  if they have one of disadvantages that they will bicker with each other. Since they are both sociable and competitive, if you put two cockatiels near each other, your room will be filled with noise that can grate your ears. Even though they do not usually lash out or hurt each other, they resolve on bickering instead.

Separate them for once in a while to avoid the two making too much noise in your house. If they have become too noisy, you can also look for other partner or letting them out one by one instead of at the same time.

These are several things you should know before keep cockatiel before pet them to make sure it is really the most suitable pet that you can adopt. Also consult with the shop owner in pet shop to know more about the bird’s character.