Finch bird is smart animal from other kind of bird. As we know that they are good survivor that makes them safe of some threats. Besides, they are good imitator which can imitate the tweet bird as same as the original. As pet owner, it surely has some special treatment to take care your finch. Well basically you don’t need more action to protect them because their natural trait is already safe them.

But pet owner is still pet owner, you still feeling like you need to treat them well even they can do it self. Before you treat them, here are information for you about 7 Personality trait of Finch bird you should know. It is actually to make you closer and observe your finch behavior in order to make you take a right treatment.

Finch has panic-easy behavior when they are face some disaster or threats. As like a human, finch also move randomly when they are panic. They move it everywhere unconsciously. Well this natural trait is triggered some researchers to put finch as natural disaster detector. In 2011, researchers prove that finch can be disaster natural detector which can alarm people when the disaster coming. How’s come? Three child of Papua named Yohana Oprawiri, Demira Yikwa, and Albertina Beanal tried to insert finch to the multi sensor (switching) cage. The out of cage directly connect with micro controller, motor, bell, solar panel, and battery. When stimmulator gives to finch, this bird will crash them self to the cage. This multi sensor cage will give you sign as ringing the bell that warned you that the disaster is coming.

By using your phone mp3 and play some bird tweeting then place it under your finch’s cage, believe it or not your finch can imitate the voice as same as in your phone. This is their original skill for you who didn’t know before. And what’s happening today? Some people who have low-budget and want to pet birdsong will use finch as alternative. But guess what happening to people who feel hurt with this fact? They killed them. People who feel that they already invest their money to grab the pricey bird, of course they don’t want his bird imitating by other. So this is about money. How sad this fact. 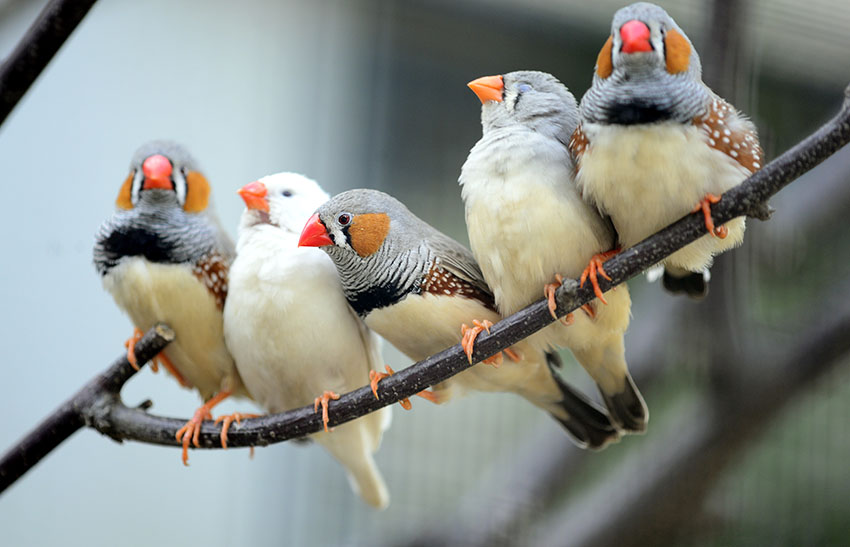 This skill is not only prove by their wild life, but also prove by their smart skill which show us how they can survive with using object that we think it is no longer useful anymore. Well here the fact. In 2017, some finch in Mexico has unusual habit. They are looking for cigarette butt and insert it into their nest. Constantino Macias Garcia from Mexico University and friend already spend her time to learn that habit. She guessed that chemical inside in cigarette butt using for help finch to block out the insect pests. To confirm it, Macias Garcia with her team did the trial to 32 finch nests. A day after the egg cracked, researchers move the original nest layer and change it with synthetic layer. It purposed to get lost some pests which may already entered during incubate process. After that, researchers add the flea to 10 nests, and dead-flea to other 10 nests, and other 12 nests is flea-free.

Researchers find that finch significantly add cigarette filter to their nest if there is flea. With new materials, the nest will 40 times heavier than dead-flea nest. The result said that finch using to cigarette filter to ‘repair’ their nest against flea. “Ectoparasites like flea and mites cause damage to the finch such as eating their feathers and sucking blood”, she said. Therefore, the use of cigarette butt is not without risk. Macias Garcia’s research previously called cigarette butt had the effect of damaging genetic finch. “Cigarette butt can cause genetic damage to finch by interfering cell division which we know after seeing their red blood cells”, Macias Garcia said.

Meanwhile, Steve Portugal from Royal Holloway, University of London assessed the strange habit of finch is being an example of innovation in the world of animals. By utilizing the material around, finch protect their baby. “It is enchanting and an interesting example of innovative animal and they are using used materials which available to them. I think the anti-parasitic effects given by cigarette butt must outweigh the negative problems they cause”, Portugal said. “As an alternative, the genotoxic effect takes longer to make it happen, and adult birds are not aware of any problems”, he added.

Their skills which make them become good survivor can makes you don’t need to so effortful to treat this bird. Let’s say about the food. To feed the finch bird you just need soft fruits like banana and papaya. Well as we know that this fruits is really cheap and easy to find. Both on supermarket and mini market have this fruits. If you feel it is still hard to find, you can change this fruits with some insects like grasshopper, butterfly, caterpillar, and etc. After the food, let’s move on to the basic treatment. How to bath them well? You just need to bath them without outing them from cage. You just need to spray them with water and just make sure that their body is fully wet. If you already getting used to finch, you can putting them out and touch it when during bathing time. Don’t forget to keep it hold without hurt it.

In their wild life, finch is has colony life both when they are looking for feed or just perch. When you decided to pet it, you leave it from their colony right? And this fact is effect to your treatment way. To avoiding finch to do not back to their colony, you need to place them well which far from window. The right point to place their cage is in the side which often passed with you and your family. This method can make your finch getting used with human and also tried them to learn a new behavior that they got from observe your trait. Beside to make your finch is getting used to you the right place picking will help your finch learn some voice quickly. It is not effective enough to place your finch outside your home with noisy position.

Every morning, finch has unusual habit like other animals. This habit is sun bathing. Beside it, finch will up their topknot when they are happy. So it is important to you to keep cheer them up and reduce their stress level if you want to see their beautiful topknot.

In their wild life, Finch likes to visiting opened place, side of road, garden, shrubs, and secondary forest until 1600 meters from water surface. They are like to colony, both when looking for their food and when perch. This bird can also easily meet in city forest.