Animal is an amazing creature. Some of them belong to the wild, with their sharped teeth, claws, and muscular body. Some of them are cute and adorable with fluffy fur, colorful feathers, and come with a friendly attitude. But some of them are also strange….in a good way! Here are some cool and unique animals that you may have never known before!

5 cool and unique animals all over the world 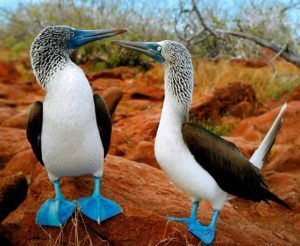 The platypus or Ornithorhynchus anatinus, or also known as duck-billed platypus is a semiaquatic egg-laying mammal endemic to eastern Australia, including Tasmania. Yup. That’s pretty mouthful…and weird. But that is the best description for platypus in one sentence! They are mammals, but also an egg-laying. They have a bill like duck and tail lake beaver. If you’re confused, that’s okay! Because the first time Platypus picture appeared to the world in 1799, the scientist believed it as a fake of different body parts’ of several animals combine.

Both male and female platypuses are born with ankle spurs. but the male one has venom in it. The venom composed with a large of defensin-like proteins. This venom is not only to cause lysis in virus and bacteria but also for defense. The venom is not lethal to human, but surely strong enough to kill a dog. So be careful!

As you heard before, the born out of leathery eggs. But as a mammal, the baby feeds up with milk from their mothers. Surprisingly, the mother of platypus doesn’t have nipples like the other mother mammals. Instead, they produce their milk out of mammary glands duct to the mother’s belly. So the baby will directly suck the milk out of the mother’s skin or fur.As much as weird and bizarre this animal, their unique features make it an important subject to study evolutionary and biology. Platypus is also an iconic symbol of Australia (besides the Kangaroo one) where it appeared to be in the back of their twenty-cent coin and also sometimes appeared as a mascot of national events.

Sounds unfamiliar but it looks like something out of Pokemon, right? This animal called The Axolotl, Ambystoma mexicanum, also known as the Mexican walking fish. Although it called as ‘walking fish’, it is not a fish but an amphibian, or for specific, it is a neotenic salamander that is originally found in Mexico City.

But even though Axolotls counted as an amphibian, they don’t metamorph when they reach the adulthood just like the rest of amphibians such as frog or toads, but instead, they develop lungs and take it to the land so they remain as aquatic and gilled.

Doesn’t stop from there, they able regenerate; something unusual for amphibians. Axolotls can regenerate their limbs, spines, jaws, and even brains!Axolotls have a wide head and lidless eyes. They look like they always smiling from ear to ear. But the silly ears are not ears. They are their gills for helping them to breathe.

But sadly this cute and bizarre-looking animal’s population is decreasing and even closer to extinction because of habitat loss, pollution, and invasive species like carp and tipalia.

Present you, the fluffy cattle! This is the highland cattle. They are a Scottish cattle breed that has a long pair of horns with long wavy and sleek coats. The highland cattle are originated from the Highland and Outer Hebrides island of Scotland. The unique hairy coats can reach up to 13 inches long and usually colored in red ginger color, but it can also have black, yellow, white, and even silver color.

This coat is not only for decoration or fashion trend only but also to help the highland cattle adapt and survive with Highland’s weather which usually has high rainfall and strong winds. It consists of two layers of coats. The outside layer is the oily outer hair, use to prevent rain seeping into the skin and to cover the downy undercoat. The downy undercoat is the one that provides warmth.

The highland cattle produce a high quality of milk with high butterfat content. Their meat also has a lower cholesterol level than other varieties of beef.  They have been exported worldwide.

Nope. It’s not the catdog that we used to watch on tv. This one is a real animal and this is the raccoon dog, which also known as mangut and tanuki in Japan.

The funny thing is, Raccoon dogs do not have any relation with Raccoons or domestic dogs. Instead, they are more close to true foxes. They are omnivores who like to eat insects, amphibians, birds, fish, reptiles, as well as nuts, berries, and fruits. They are not very friendly, though. In Sweden, they are known as a potentially hazardous invasive species. Raccoon dogs are also harmful to bird populations because they usually like to eat eggs and chicks during Spring.

5. Why so blue, Blue-footed booby?

Why would feel sad if you have these bright blue feet? They are the blue-footed booby or Sula nebouxii. They are a marine bird from subtropical and tropical regions of Pacific Ocean. You can also find them on the Gulf of California, Central America, South America, and Peru. Half of them also nest in Galapagos Island.

These blue feet are used to attract their mates. The males will show off their feet by lifting them up and down while strutting before the female. It is also used to indicate the health condition of them. The brighter the blue is, the healthier the boobies. This bright blue color comes from carotenoid pigments from their food; fresh fish.

That’s all some cool and unique animals around the world. There are so many things to be discovered. Wish all of this knowledge also help us to appreciate other creatures more!