Hello there, fellow dog lovers! How are you and your dogs doing? We hope you guys be happy and healthy always, every day, and more. Hey, we have been talking about feral dogs lately, especially about how they live, how they become feral, how banishment damaged their psychology, and mostly about how we save them and provide them a shelter and love in order to act as a true dog lover and as an order to prove that we want more than a just a lover, but we want to be a saviour.

However, probably some of you that you guys have been asking why recently we only talked about feral dogs? Why are they so important? And what can we learn from these feral stray dogs? Which is why animallova would like to give you some proper benightment to all of you, especially the moral values and points of a life and saving of a feral stray dog, curious? Check it out! 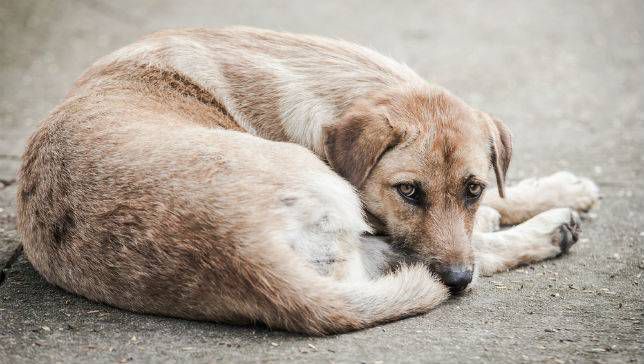 Of course, there are many backgrounds of a feral stray dogs which will tell us a story about how and why these dogs lived on a street in the first place. However, generally there are only two reasons why dog ended up living on a harsh street live; which are

Yup, there are only two general backgrounds of how and why these dogs lived on a street in the first place.

A street-born is a dog breed who originally come and born literally on the street. They know nothing about living in a fancy house and sleeping on comfy bed. They only knew that live is harsh, hunting food is not easy as cat (yup, because most of our people are dog phobic), probably they even suffered a trauma, even worse probably some crazy-psycho wench probably might hunt them down and turn them into a food. What a life and what a incredible great amount of pain, perhaps just like us, not every dogs has their own fortune.

A banishment is a dog who had suffered one. Yup, they suffered a banishment and then forced to live on the street for the rest of their lives. For once on their life, they had this beautiful moment, their own fortune, their luck to live on a street, but those fortunes some day turned into ash and forced the owner to banish their dog. The reasons of banishment could have so much varieties such as financial problem, uncontrollable birth, or simply the owner was just a mean psycho, who knows why these owners decided to banish their dog on to the street.

With only two general backgrounds, there are uncountable number of dogs out there on the street, even though not as much as cat, but still we could easily spot them at least one feral dog for each district. If you spot any, you probably interested in our experiment on taming a feral dog, the effort would require many passion and hard work, but the result would indeed nothing but satisfaction.

There are many moral values of a life of a feral dog. Not only that, we could also learn the moral values from saving them. This kindness not only into other humans, but to other creatures it’s also the perks of being humane and human. No other being would capable to only love their kind but also others; only human kind would able to do that. Overall, learning the pain and suffering from a feral stray dog or even saving them will not only give us satisfaction but will also prove we are a human who holds humanity values.

We all know that dog is not just some animal, it is indeed special animal who holds many magnificent stories in many life times; The Three Cavemen and Hachiko are one of them. From most of the stories, it only has one moral value which is loyalty, so in other words, dog has taught us about loyalty in many life times. Also, when in pain, dog would never give up, they will always try to find their own food; they rarely ask nearby human for food as they prefer to find the food on their own unless some human offered her a food she will gladly (even though reluctant) accept it.

Not only that, writer personally view and respect dogs even more than some of us. Which is why, saving and learning the struggle of a dog who has experienced the harsh live on the street might teaches us a thing or two which are:

Well that is all fellow dog lovers, we hope you guys learn a very important lesson from a life of a feral stray dogs. We hope it would be meaningful to all of you. Good luck!