Who is do not know finch bird? This small bird which has 20 centimeters measured from the tip of the beak to the tip of the tail, chocolate back and tail, and white in their throat, chest, and tummy magically makes people fell in love now. In their wild life, Finch likes to visiting opened place, side of road, garden, shrubs, and secondary forest until 1600 meters from water surface. They are like to colony, both when looking for their food and when perch. This bird can also easily meet in city forest.

This bird become best seller and the most looked by people which usually looking for low budget birdsong.

Honestly all bird has their own special things which make people drag them being a pet. But some people have many reasons when they are choose something. Their orientation said what they are choice. There are people who picking just because love the voice, or feathers. But there are also people which don’t have any reason to pet something. So does the finch. There are people who just love their voice, or raise it for profit. It is all depends on the reason. 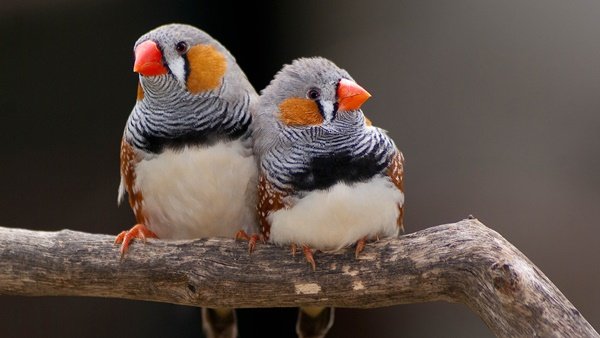 But here are some advantages of choosing finch bird as pet:

In the fact, finch is a good survivor. Many things threats them so much such like illegal logging and land transfer function. They are still survive while their home, their food, and their natural habitat getting worst. If they were living peacefully in the forest, drink in the river, or fly away between trees, look at them now. They make revolution right? Change their habit which living in nature forest before and now with city park and flying between our home which is it make us easier to meet them. That’s proof their ability to adaptation during changing era. This ability will make you easier to pet them at home. It means you don’t need too wasted your time and energy to take care of them because they can protect them self. When you put them from other environment and place it to the cage, you will find that they can adapt well in the short time. Of course if you can avoid them from stress, it will faster.

In 2011, research prove that finch can be disaster natural detector which can alarm people when the disaster coming. How’s come? Three child of Papua named Yohana Oprawiri, Demira Yikwa, and Albertina Beanal tried to insert finch to the multi sensor (switching) cage. The out of cage directly connect with micro controller, motor, bell, solar panel, and battery. When stimulator gives to finch, this bird will crash themself to the cage. This multi sensor cage will give you sign as ringing the bell that warned you that the disaster is coming. Why is finch use for this research? They are assumed that their natural behavior can inform us by their panic-easy behavior. As we see during research process, finch will crash them self to the cage as effort to escape from disaster. So we can assume that we can use them as disaster natural detector. Even this research advantages their natural panic behavior, but still their behavior are so sensitive and can be alarm us to be more careful. This is so positive for us, right?

Finch is a smart imitator. They are can imitate some voices of other bird as same as the original. You just play mp3 and place it near with them. Repeat it for 3 or 4 times every day and wait until they can make a sound as same as the sound. Or if you have some birdsong and want to your finch imitate the voice, you can place their cage side by side while you dry them under the sunrise. Both mp3 or by other birdsong, this method of mastering process is produce same things. Sadly, this fact also causes them to be hunt and killed. Some people rate that finch can being a threat for other birdsong and decrease the value, especially during competition. For people who looking for medium price birdsong, they can choose finch for alternative option. But people who feel that they already invest their money to grab the pricey bird, of course they don’t want his bird imitating by other. This fact is so sad.

For people who need them as profit comer, it should be nice chance to keeping finches into million in the livestock. You can imagine how their popularity brings up some money for you. You could earn much money while their treatment budget is medium. Beside from trade market, you can get this bird in city’s park and other opened place around you which means you can got it for free but still can sell it and earn money. But still, your knowledge is needed to mastering this bird even you got it wildly. This is interesting when you almost no need budget raise this bird but till got profit on it. So whose people that didn’t want this bird become their money getter?

Well people are not worried about their sound anymore. That’s why people pet this bird. Even their voice is imitation or un-natural voice, but it doesn’t decrease their ability to impress people. Stigma says that male finch bird has more attractive sound than female because their instinct to make their female interesting during marriage period. As we know that their sound uses for communication, mark territory, and also as opposite sex getter. That’s why their instinct makes them to produce more attractive sound. But now the question is, are they just attractive during lust period? The answer is no. Even not during lust period, their sound is as beautiful as usual. As mentioned before that many things that contributes to produce well birdsong like old, healthy, and mastering method. They blessing with beautiful voice since they were born. But actually it doesn’t mean that female finch can’t make beautiful sound. Both male and female finch can produce beautiful sound as long as you can train them well .

This point will you got when you raise them in a couple and the female is getting pregnant and lays her eggs. The time during pregnancy until the eggs is wrapped out perfectly will be your unforgettable memories. You can see and also enjoy the process when you help the female make their baby. Prepare the equipment, nest, and some rules in order to keep the child from flea attack, sounds great experience, isn’t it? Honestly, this is depends of our perspective to said it as memorable experience because some people said it as ‘disaster’. May be it is because they don’t know how to take care about it. But still, there are so many things that we can learn by this process.