Many pet lovers may don’t know about what’s the good food which better to give for their rabbit or not. Basically, vegetable and grass is their main food. Even you can easily found it, but in the fact not every kind of grass or vegetable is good for rabbit.

This is main thing that every rabbit owner should to know but sadly, many of them still give their rabbit with wrong food. Honestly, it isn’t perfectly wrong to give the food but not good and unrecommended for your rabbit. This fault is become worst if you pet the kind of rabbit which need special treatment like mostly ornament rabbit. Those foods can poison the rabbit’s digestion system.

There is a stereotype said that everything food is good for rabbit as long as it from nature. Well, it can be true but also wrong at the same time. Usually, the simple food will give better high impact.

So what’s type of food that rabbit shouldn’t eat? Here we go: 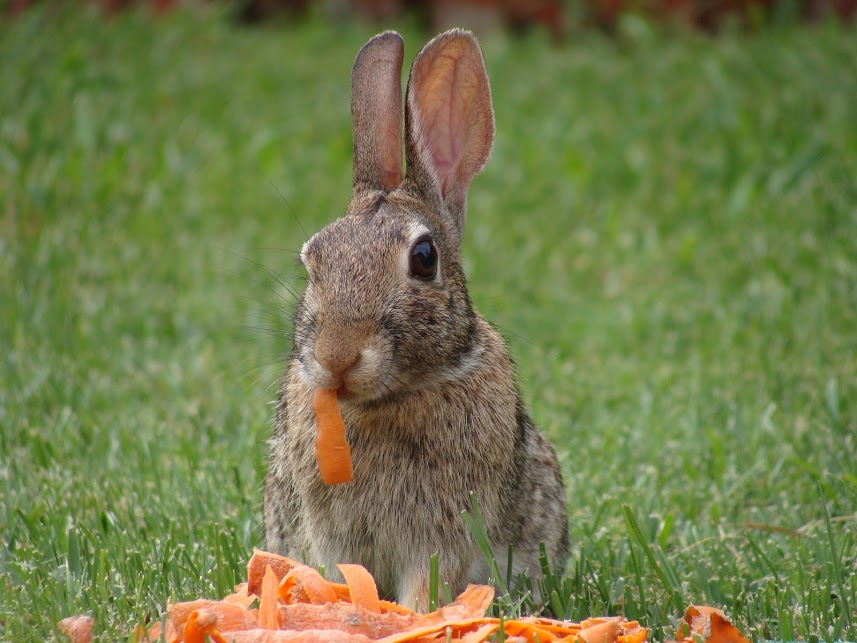 1. Too much water or sap

Vegetables like cabbage which main food of rabbit is contained much of water. This water will impact their urine and feces. The hard fiber that exist in cabbage also too much. It would be danger for your babies rabbit which need to eating smooth food. The most danger containing inside cabbage is the gas which ate by your rabbit will make them bloated. Over bloated can killed the rabbit. You better let the food dry for 6-8 hours before give it to your rabbit.

Like human body that will not good if there is too much glucose, so does the rabbit. Glucose will so harmful for their teeth. The rabbit will has dental caries because the impact of glucose. Dental caries not only makes them can’t eat their food but also hurt their gum.

Actually Lamtoro leaves had high protein but sadly there is poison called mimosine that cause hair fall for your rabbit. You better don’t give it to your rabbit if you won’t their feather getting thin.

Well this point is really the most shocked for another one. As we know that carrot is so identic with rabbit. If there is rabbit so there is carrot. But did you know that basically carrot is danger for rabbit if you used it as their main food and give it every day? Literally, you just can give carrot to your rabbit for once. That because there is high sugar contained inside carrot. If you give it every day it would affected for some problems for their healthy such as unusual growth and digestion system problem. You do give your rabbit a carrot but please control it as well.

Beside carrot rabbit also identic with kale. Kale also their favorite food. But sadly, the hard fiber that contained on kale makes them become dangerous food for rabbit. The hard fiber will hard to absorb for rabbit and that’s make lack of nutrition or energy. Beside that problem, hard fiber also makes the feces become hard and closed by digestion system blockage. Kale also included by bamboo plant which usually contained gas and bacteria. That caused their pee will be strongly smell. Wow that’s so dangerous isn’t it?

The elephant grass has harsh texture. As mentioned before that harsh texture can hurt the throat of the rabbit. It will hurt their tongue and their lips so you better avoid it to give to your rabbit even basically it has good fiber. But if there is another food anymore, you can still give it to your rabbit but have to pass the steps. Firstly, let it dry it as 2 days under the sunlight. Let the sunlight and the wind makes them dry. Secondly, after it dry perfectly chop it until it smooth and after that give it to your rabbit. Rabbit may dislike it because it’s already dry texture, but some of them still eat it. It would be different story if you just pet one rabbit at your home, of course.

Same as mindi leave, gadung leaves and tuber also contained poison. These leaves usually used as poison ingredients to kills rodent animal like mouse. So give those leaves to your rabbit is same as you kill them.

That’s all the type of food that shouldn’t ate by your rabbit. Actually the right way to avoid it is by not give that foods to your rabbit. The one thing that you should keep on your mind is all food type above some of them can still you give to your rabbit but firstly must be passed with right processing and secondly should be friendly to the rabbit. Even there is still food that can you give to your rabbit, there also food that absolutely must have to be avoided especially the food which contained poison.

So as pet owner, you must know about what’s the kind of food which danger for you rabbit. This basic knowledge should you got in the beginning when you decided to put rabbit in your home. You may found another un-recommended food beside those foods above. During the time, you will learn and know the differences between good and bad food.